The theories are true: Tana Mongeau and Jake Paul are NOT legally married, according to the bride herself!

As we reported, the two YouTube stars tied the knot at a Las Vegas venue last month. Highlights from the chaotic ceremony included

While doing her makeup, the 21-year-old explained she doesn’t want to be “legally bound” to Jake — or any of her hypothetical future husbands, for that matter — because it would take away from their love.

In between brush strokes, she shared:

“We’re f**king crazy for getting married. We could f**king be married for ever or f**king 10 days…we’re taking it day by day. To everybody that’s calling it fake because we rushed into it or because I don’t do things traditionally, because I wanted to not do it legally — any wedding I have, if I have three more f**king weddings, I really wouldn’t want to do it on paper because I think that legally binding yourself to someone takes away the love. Like, it’s unnecessary.”

What was necessary, however, was Tana’s need to address the skeptics who believe her relationship with Jake was, as they once joked, for “clout.”

“To all of the people who think that it’s not real and we’re just putting on this show as two f**king sociopaths—it is real. That’s all I know to tell those people. We are just f**king crazy, and that’s what you can talk s**t about.”

Well, there you have it: they’re not sociopaths, per se… just crazy!

To her credit, though, Mongeau acknowledged the skepticism her wedding was a publicity stunt to boost viewership of her MTV reality show was “very valid”:

“I’m getting accused of only marrying Jake because of the reality show which is obviously a very valid claim. Because if you saw Tana Mongeau and Jake Paul getting married and it happened to be perfectly timed with a reality show she was also filming, I would accuse her of that too.”

At least she’s honest about that…

Tana went on to maintain that while the two may “hype things up for the camera,” their love for each other is very much real. She insisted:

“To touch on Jana being real. I understand everyone asking about it being fake because obviously it started off with us making a lot of jokes about doing it for clout. And…yes, we hype things up for the camera and we rush and do crazy things, but this all started with us hooking up at his house off camera. I intended to keep [the relationship] off camera. I didn’t know where it was gonna go first of all…and we were both in a situation like now wherever we go, there’s gonna be fans taking photos and paparazzi and more commentary.”

Apparently, the couple decided it would be best to “play into the joke” and go very public with their very real relationship:

“It was either, give the power away to everyone else or be Tana Mongeau and Jake Paul and document it from our side and play into the joke. And I think it was the best decision we ever made.”

Who can argue with that? 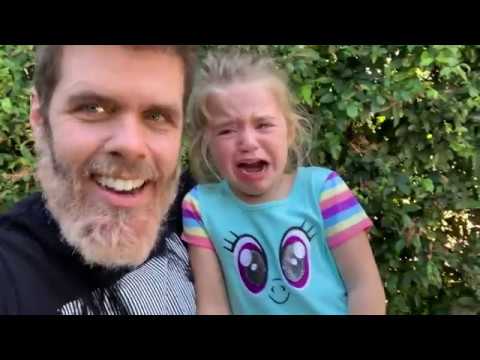 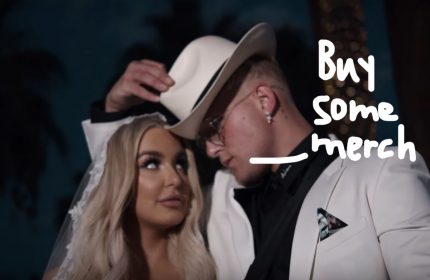 Everything Coming & Going On Netflix In August! - Perez Hilton