The Golden Globes are always a celebration of film and television making — unless Ricky Gervais is hosting!

As per usual, the British comedian gave Hollywood a savage verbal spanking in his monologue for the award show on Sunday, as he insinuated that the A-listers sitting before him were a bunch of uneducated, hypocritical perverts!

In between his usual digs (Joe Pesci looks like Baby Yoda, James Corden is a “fat p***y” who also starred in Cats, etc.), the funny man peppered in references to #MeToo, noting that the top film execs at the ceremony “all have one thing in common: They’re all terrified of Ronan Farrow. He’s coming for you, he’s coming for you.”

“I came here in a limo tonight and the license plate was made by Felicity Huffman.”

But the monologue took a turn for the controversial with multiple references to the Jeffrey Epstein and Prince Andrew underage sex scandal.

While pointing out he has a show on Netflix, Afterlife, about a man considering committing suicide after the death of his wife, the comedian said:

“Spoiler alert, there’s a season two, so in the end, he didn’t kill himself. Just like Jeffrey Epstein. Sorry, I know he’s your friend.”

The topic of Epstein resurfaced when Gervais joked about the length of Quentin Tarantino’s film Once Upon A Time In Hollywood, quipping:

“Leonardo DiCaprio attended the premiere and by the end, his date was nearly too old for him. Even Prince Andrew was like, ‘C’mon, mate.’”

The most applauded jokes, however, came at the end of the monologue, when Gervais highlighted the hypocrisy of stars preaching about social causes while working for corrupt companies.

He pointed out the irony of the #MeToo-themed show The Morning Show being made by Apple TV, “a company who runs sweatshops in China,” adding:

“You say you’re woke, but … if ISIS started a streaming service you’d call your agent.”

The criticism came to a crescendo at the end of his monologue, where he told the stars to not extend their acceptance speeches by referencing hot-button current events. He said:

“So if you do win an award tonight, don’t use it as a political platform to make a political speech. You’re in no position to lecture the public about anything, you know nothing about the real world. Most of you spent less time in school than Greta Thunberg. So, if you win, come up, accept your little award, thank your agent and your God and f**k off. OK?”

What did U think of his roasting? Ch-ch-check out the funny man’s full monologue (below)! 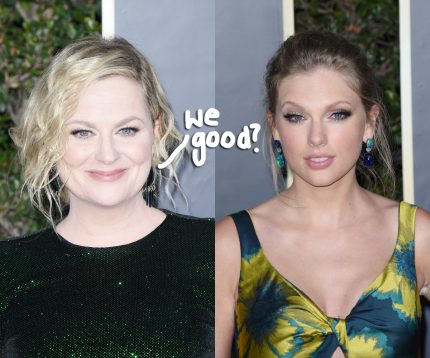 VOTE: Now That Kevin Hart’s Out, Who Should Host The 2019 Oscars?

Archer Leaving Netflix Next Month — But There’s A Lot Coming For You First!

Prince Harry & Meghan Markle Were About To Get FIRED Before Making Their Big Announcement?! - Perez Hilton

Man Doesnt Want To Pay This Babysitter, So She Shares Their Private Conversation In A Shaming Group