Home » Celebrity » Prince Harry & Meghan Markle Were About To Get FIRED Before Making Their Big Announcement?! – Perez Hilton
Celebrity

Prince Harry & Meghan Markle Were About To Get FIRED Before Making Their Big Announcement?! – Perez Hilton

This tea is getting hotter by the minute!

Based on the rather salty statement from Her Majesty the Queen’s office yesterday,

Royal reporter and self-proclaimed bestie of the couple Tom Bradby, lol, who filmed the documentary with Harry and Meg during their tour of Africa last summer, gave the latest to ITV News on Thursday, telling viewers the palace wasn’t exactly “blindsided” by the couple’s plans.

“It’s certainly not true to say the palace were blindsided by this. The couple’s view was they came back and wanted to talk to the family about their plans. It had been made clear to them in their absence there was going to be a slimmed down monarchy and they weren’t really a part of it.”

Bradby went on to say that Harry and Meg were asked to put down their suggestions on paper, but initially refused to do so out of fear of a press leak. When they agreed, and the news leaked, the couple decided it was best to go public with their decision.

As we reported, the pair made the historic announcement on their Instagram page Wednesday, writing:

“After many months of reflection and internal discussions, we have chosen to make a transition this year in starting to carve out a progressive new role within this institution. We intend to step back as ‘senior’ members of the Royal Family and work to become financially independent, while continuing to fully support Her Majesty The Queen. It is with your encouragement, particularly over the last few years, that we feel prepared to make this adjustment. We now plan to balance our time between the United Kingdom and North America, continuing to honour our duty to The Queen, the Commonwealth, and our patronages.”

Shortly after, the office of Queen Elizabeth II rushed out a statement, saying:

“Discussions with the Duke and Duchess of Sussex are at an early stage.”

So it sounds like while the palace knew about Harry and Meghan’s plans to skip out, they didn’t know the two were going to unveil their plans to the world on Wednesday. It’s a classic case of you can’t fire me, I quit! — only much more polite, or was it?

The Queen, Prince Charles, and Prince William will be involved in discussions with the Duke and Duchess, according to ITV News. Meanwhile, the royal family has said it will work “at pace” with different governments to find “workable solutions” to Harry and Meghan’s decision to step back.

See what else Bradby had to say (below):

Was the royal family blindsided by Harry and Meghan's decision to stand down from front line royal duties?

In short, no. But their timing has certainly sent ripples through the family firm, explains ITV News Presenter @tombradby. 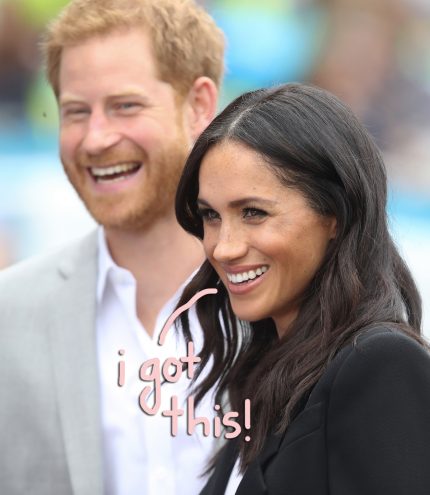 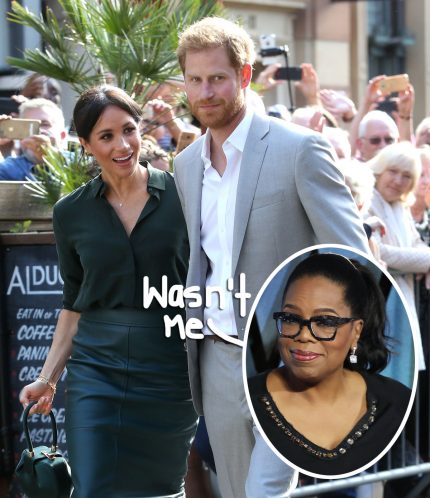 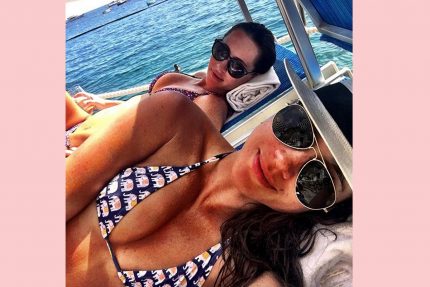 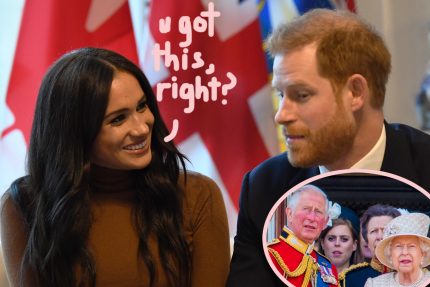 Meghan Markle Escapes To Canada — As Prince Harry Deals With RAGE From The Royal Family!

Women Are Sharing 30 Widespread Myths About Themselves That Are Not Only Incorrect, But Also Infuriating