Kylie Jenner Singing ‘Rise & Shine’ To Stormi Went So Viral, Ariana Grande Asked If She Could Sample it! – Perez Hilton

On Wednesday, after countless memes and reactions to the clip, Ari took to her Instagram Story to show her love of Kylie’s work by performing her own rendition of it. She even asked for permission to sample it!

The reality star took the pop star up on her offer, jokingly responding:

“Yes, yes you can @arianagrande. As long as I’m in music video.”

Ha! See some funny reactions to Rise and Shine (below).

no one:
jesus on the 3rd day: pic.twitter.com/CHTq9LpUWo

Me ever since Kylie Jenner dropped her hit single “Rise and Shine” pic.twitter.com/eQWcKGzO8d

Jenner’s musical debut comes as she balances co-parenting Stormi with her ex Travis Scott. As we reported, the starlet confirmed she and the Sicko Mode rapper have split — but sources say she and the 28-year-old are already having “conversations about getting back together.”

A source recently dished to E! News the two “have both expressed they miss each other,” explaining:

“They both know it’s inevitable, they just needed some breathing room to work out a few of their issues… They want to make it work and have both expressed they miss each other and are still in love with one another.”

Travis is also still very much in love with baby Stormi. In a recent interview with GQ Germany, he said of his little girl:

“Stormi is like a battery, which has given me tremendous energy. [She] showed me so many things that I did not [get before]. Many things in life I only noticed when my daughter was born. [Fatherhood] is the most impressive thing that ever happened to me. Really … Watching her grow is the most magical experience in the world, [and I have] gained a lot of passion for other areas in life since her birth. I was hardly able to get excited in the past.”

Hopefully, the parents can reconcile — because we need to hear the Travis Scott remix of Rise and Shine! 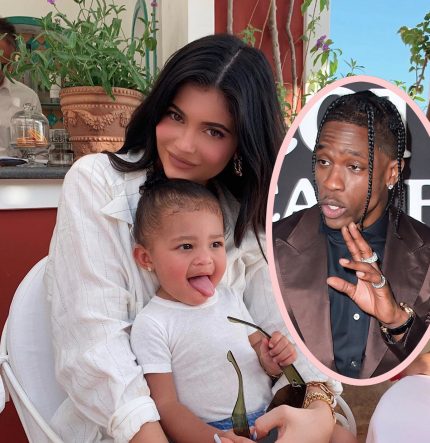 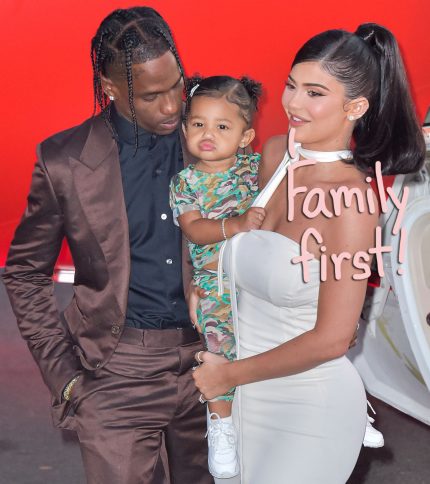 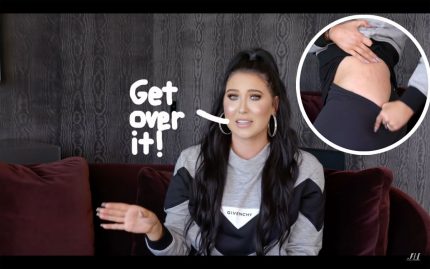 Jaclyn Hill Claps Back At Body Shamers By Pulling Down Pants To Show New Stretch Marks!